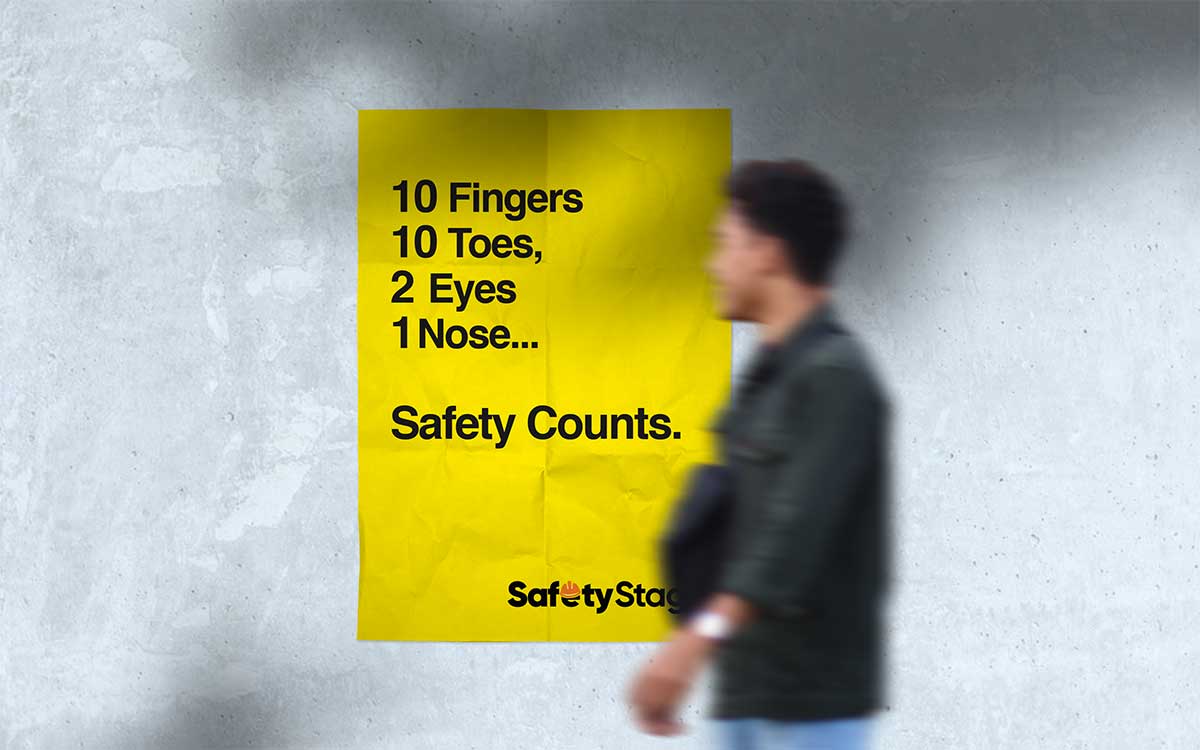 Real Examples of Incident Reports at the Workplace with Templates

Accidents can happen, no matter how many preventative measures are in place. And, when accidents do happen, it’s vital to learn from them. To ensure your documentation is spotless, it’s always a good idea to look at some example incident reports at the workplace.

A safety incident report helps ensure nobody is subject to mistreatment because it contains information from the injured employee as well as eyewitnesses. This helps fill in missing pieces of information and figure out how the accident occurred exactly.

“The safety of the people shall be the highest law.”

If you’re looking for an example of an incident report at the workplace, feel free to jump to that section using the links below. Otherwise, we will first discuss what incident reports are and why they are so important.

What is a Workplace Incident Report?

A workplace incident report is a document that states all the information about any accidents, injuries, near misses, property damage or health and safety issues that happen in the workplace.

They are very important to identify the root cause of an incident along with any related hazards and to prevent it happening again in the future. As soon as an incident takes place and everybody in the workplace is safe, a work incident report should be written up.

What should you include in an incident report?

There are many different types of incident reports, depending on your industry, but most will include the underlying details listed below in order to understand what happened:

If this is an OSHA recordable incident (accident) and the company is exempt from OSHA recordkeeping, the employer must also fill in OSHA Form 300. This form enables both the employer and the agency to keep a log of the injuries or illnesses that happen in the workplace. It includes crucial information such as the number of working days missed due to injury, the sort of injury that was obtained and if medical treatment was necessary.

How to Write an Incident Report

It is important to lay out an incident report clearly and concisely with all the relevant information about what happened. The clearer it is to read, the easier it will be to understand the cause of the workplace accident.

This workplace incident report template includes the basic guidelines and best practices of what to include to make sure the report includes all the details it should. Once a report is written, it should be kept on record in the workplace.

Depending on the type of workplace incident, the writer will need to include various pieces of information. If you are not sure how to write an incident statement, here are example incident reports for the workplace covering various scenarios.

“At 11.20am on Tuesday 7th July 2020, a worker, Timothy Johnson, tripped over an electrical wire on the Blue & Green construction site, located on Main Street, Riverside. He was carrying a hammer at the time.

It is believed the wire should not have been stretched across the ground without safety tape securing it to the ground and drawing attention to it. Timothy fell to the ground and dropped the hammer but did not injure himself with it. He twisted his ankle, which immediately began to swell and scrapped the side of his leg in a minor way. A co-worker came to assist Timothy to his feet and helped him walk to a nearby bench. Timothy could not put his weight on his left foot, so he was taken to a nearby hospital. Once at the hospital, doctors confirmed that Timothy had sprained his ankle and would have to keep the foot elevated and use crutches for the next two weeks. He would not be able to work during this time.

The foreman for the construction site has assessed the wires on the ground and concluded that brightly colored tape should secure the wires to the ground to draw attention to them and to ensure there are no bumps in the wire that are easy to trip over so that this does not happen again”.

“On Friday 5th July 2020, at 3.35pm, a forklift driver, Max White, was driving the forklift he usually drives in the Sunny Side Warehouse, ABC Street, when the front right tire got caught on a piece of wood on the ground, causing the forklift to overturn with Max inside it.

Luckily a co-worker was nearby to help Max climb out of the right side of the forklift. Max was shaken up and reported that his left shoulder and left side of his neck were hurting him from the impact. Max decided he did not need to go to the hospital as he felt like he would only obtain bruises from his injuries and that they were not severe enough to need medical attention. His manager sent him home for the rest of the day to ensure he did not strain himself further.

The wood that caused the forklift to overturn had not been stacked properly and has now been moved to a secure location in the warehouse to make sure it does not cause any more issues for forklift drivers”.

“In Fairview Boutique on Friday March 6th, 2020, Samantha Wright was stacking shelves while standing on a ladder in order to reach the top shelf of handbags at 4.10pm.

As she was stretching to place a bag on the shelf, the ladder collapsed from under her and she fell to the ground. Her co-worker heard the loud noise and immediately helped her. Samantha was in a lot of pain and could not get to her feet as she felt lightheaded. An ambulance was phoned, and she was brought to hospital. Samantha obtained a broken right arm, bruised thigh and hip, and a bump to the head that left no major head injury. She was recommended three weeks off work at the minimum by doctors.

The fall was concluded to be of nobody else’s fault but was put down to Samantha accidently overreaching instead of moving the ladder to where she needed to see”.

“On April 21st, 2020, at Willow Maintenance, Yellow Abbey Grove, Kyle Jenkins was about to use a miter saw to cut some timber, but when he started to use the saw, it jolted, causing the saw to come down suddenly on his hand.

Kyle’s left thumb was cut deeply by the saw and he lost a lot of blood. Co-workers came to his aid, turned the saw off and helped him stop the bleeding with tissues. He was then brought to the hospital where he received eight stitches and was told to not use the hand for rigorous work for 4 weeks. The head of Willow Maintenance inspected the saw to check for any issues and see why it came down and cut Kyle’s hand. It appeared that whoever was the last person to use the machine did not put the safety latch back on the saw once they had finished using it.

If this safety latch was on the saw when Kyle used it, it would not have cut his hand, but rather, automatically shut off once it jolted. The manager decided to take a day to retrain his staff to ensure they adhere to the health and safety guidelines of the company”.

“In Woodbell factory, Springville, on Tuesday May 26th, 2020, Annie Bedley was packaging household cleaning products when a bottle tipped over onto her wrist.

She got up from her seat to wash off the chemical in the washroom. She then went to her supervisor to show her what had happened. Annie’s wrist was red and itchy but was not burning as she had washed off the remnants of the chemical immediately. Annie’s supervisor brought her to the office to sit with a cold compress on her hand and applied a layer of ointment to treat the burn. Annie did not feel like she would need further medical assistance and agreed with her supervisor that she would need two to three days off work to ensure the burn did not get irritated.

Annie was wearing appropriate PPE at the time of the incident and no faults were found on the conveyor belt at the packing bay. The incident has been noted as an accident with nobody to blame. Photographic evidence of the burn has been included in this file”.

“On Friday November 15h 2019, Arthur Stokes was walking along the corridor between building four and five of Graygrock Inc. when he noticed that there was something sharp sticking through the bottom of his right shoe.

He stopped to see what it was and found a nail stuck in his shoe. He took his shoe off and lucking was able to pull the nail out as it hadn’t pierced through to his foot and only minorly scraped it. He saw the stairwell was getting new handrails fitted and presumed the nail came from that. He saw two other nails further along the corridor and decided to pick them up to make sure nobody else stood on them. He reported to his manager’s office where he presented the nails and explained the situation. His foot had a small cut, so Arthur’s manager gave him an anti-septic wipe and a band-aid to help him.

Arthur returned to work while his manager talked to the construction workers about keeping their workspace neat and to prevent any further accidents like this from happening”.

The layout of an incident report forms can vary depending on where the incident took place and the type of injuries. Here are some examples of incident reports at the workplace that you can use.

This general staff accident report form template can be used in a variety of workplaces. It includes all the necessities to describe a workplace incident to ensure it is recorded correctly. This general form is ideal for any business type.

This example incident report for the workplace is unique to others as it includes a field for the construction project name and the project manager’s details. This makes it easy to understand where in the construction site the accident occurred and how severe it was.

The hospital incident report template is much more detailed than others as it must include accurate information about the staff member or patient’s injuries, where in the hospital it happened and what medical treatment they required.

As you write your workplace incident reports, remember it is not to place blame on one person, but rather record a series of events that have taken place. Sometimes these are pure accidents due to bad luck and, sometimes, there is human error or a technical fault involved. By the way, this is the basis of the Just Culture Algorithm™ which is definitely worth exploring if you’re looking to improve the safety culture at your workplace.

These examples of incident reports at the workplace are only the tip of the iceberg when it comes to the variety of workplace accidents that can occur. In any case, it’s crucial to record any incidents that arise because this helps create a safer work environment.